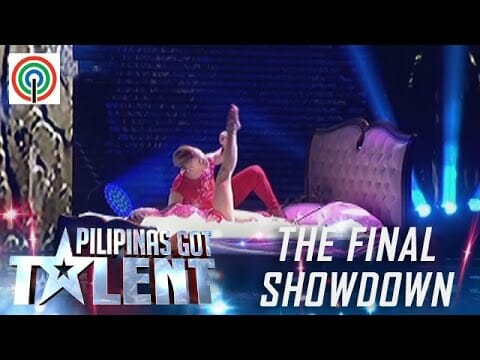 They’re one of the remaining five acts who performed at the Day 2 of PGT Season 5 finale happened at the Mall of Asia Arena.

In sync with the song “Ikaw Lamang”, this sweet couple made the audience inspired, awed and impressed the judges with their superb heart pumping and breathtaking performance. Vice Ganda, one of the judges, was already on his feet watching attentively their exciting interpretative dance act. After finishing their number, the Power Duo found the live audience and the four judges all in standing ovation.

“…that was not just dance that was love and tonight love wins”, Vice Ganda told them. Sir FMG said he’s “completely amazed the way they did their performance” while Miss Angel Locsin was hands down to them. Robin Padilla also gave credits to “love” as the main message of their act. “When love talks everybody listens”, starting his remarks for the duo. He even hailed them as the Helen of Troy of Pilipinas Got Talent, finishing his opinion as they’re already the winner.

Looks like the people listened to the judges, as they grabbed the majority of the votes. Completing the top 3 are Amazing Pyra, 2nd place and magician Ody Sto Domingo as 3rd placer.

What’s your favorite part in Power Duo’s performance? Share your thoughts and opinions in the comments!