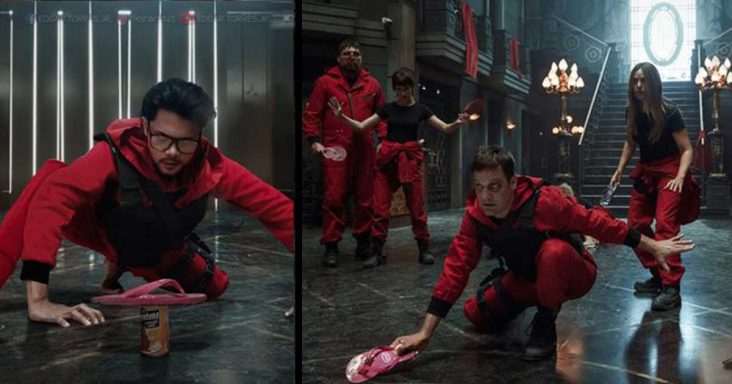 A creative netizen posted a couple of funny photos of himself wearing a red overall suit and a scene in Money Heist (La Casa De Papel) Season 5.

Edgar Torres Jr. created an edited photo of himself playing “tumbang preso,” a traditional Filipino children’s game, with the gang in the popular Spanish series on Netflix. Torres edited the members as if they are holding slippers. In the second picture, he edited himself as if he was also inside the bank.

Torres’ funny and creative post wins the hearts of the netizens, especially the fans of the Money Heist. The Facebook post trended and received 39 thousand reactions, mostly are laughing emojis, shared 46 thousand times.

Visual artist Torres has been known for his funny editing of photos and videos. Torres also trended last year by imitating The Professor in Money Heist. In addition, his creativity got noticed for inserting himself in local Philippine movie scenes and posters.