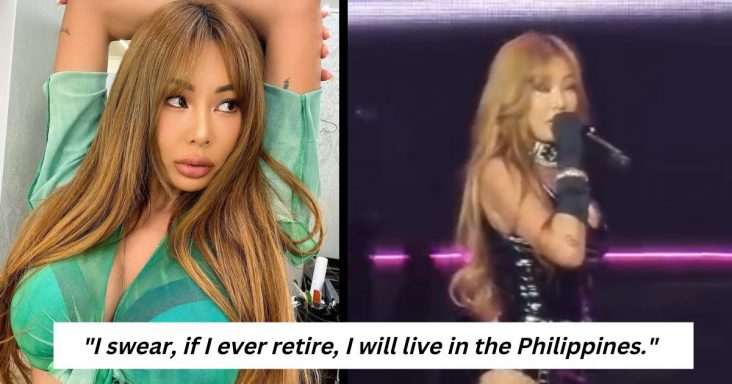 Korean-American rapper-singer Jessi successfully held her first concert in the Philippines on September 30 for her ‘Zoom in Manila’ concert at the Mall of Asia Arena.

In one of the video clips during the concert uploaded on Twitter, Jessi revealed to her fans, “I swear, if I ever retire, I will live in the Philippines.” The crowd went loud after.

However, funny yet meaningful Filipino words, “Wag dito” (“don’t”) were noticeably repeatedly shouted and heard in the video.

The Pinoy phrase made to the local trending topics on Twitter, Saturday, as netizens interpreted that it served as a warning for the artist of the viral songs “Zoom” and “Nunu Nana” by at least one of the Filo Jebbies.

“When they shouted “Wag dito!” I just know that’s love.” one shared.

“And someone’s shouting “WAG DITO” hahahah! The crowd loves you Jessi. They just want the best for you.” another Tweeter said.

Another tweeted: Jessi: “Filipinos are literally good at everything, I wonder what things are you bad at?”
Us: voting for the right leader ksktjsdgfjn
Wag dito mhie xD #ZoomInManila

On the other hand, Jessi also revealed that her latest concert in Manila holds the most ticket she has sold so far, “As a solo artist, this is the most tickets they’ve told me I’ve sold. Thank you again so much for being here.”

Moreover, the director of Jessi’s first solo concert, John Prats shared on Instagram, “Did you know this was @jessicah_o first solo concert? What a privilege it was to be her first concert director, and it was my first time directing a K-pop concert. I’ll never forget this! (mic emoji).”

Jessi immediately replied to John’s post and wrote, “Thank you so much. [heart and pray emoji] unforgettable.”