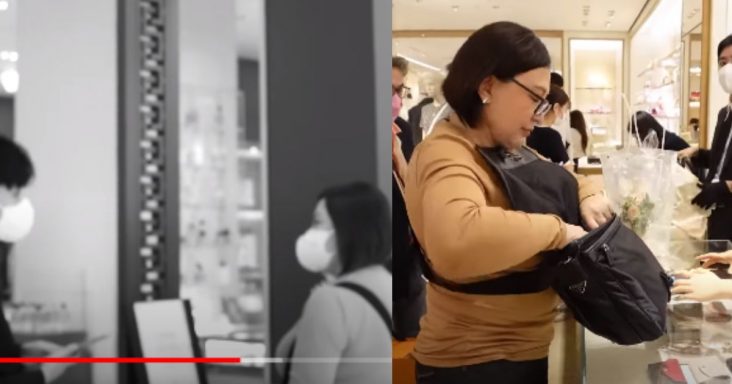 Megastar Sharon Cuneta got denied to enter the Hermes store, as seen in part 3 of her Seoul, South Korea vlog.

Instead, the Megastar shopped at Louis Vuitton, where she and her company were well received.

“I got champagnes and flowers. Thank you, Luis Vitton,” Sharon gladly thanked the sales representatives. She also shared her background as an actress in the Philippines.

After she went shopping, they passed again the Hermes store, which she was not allowed to enter, initially.

The sales representative who denied entry to them first this time invited them after they passed by again. Sharon answered, “No more. I buy everything,” showing she shopped at LV.

The scenario seemed like a scene in the famous Julia Robert movie “Pretty Woman.”

“Big mistake. Big. Huge. I have to go shopping now.”

Recommended: Aljur Abrenica and AJ Raval holding hands while walking inside a mall